1) Hi Emanuel. It’s a pleasure to be speaking with you. First of all I’d like to ask how you all met each other?

It has honestly been a process of almost 15 years of meeting, getting to know each other musically and then embarking on this project… The first person I met in the band was [trumpet player] Duane [Eubanks], this is when i was still in college. He was already known as a serious musician, partly because of his brothers [Robin and Kevin], who have basically been jazz superstars for a long time.

But Duane also worked part time at Tower Records in the jazz department, which meant you could talk to him about music at any time – he would let you in on the classics he recommended – or when a new record would drop. I should also mention that the Tower Records on Broadway at the time was probably one of best record store in the world, with a selection that made you dizzy. They had everything.

Overall, i think all 5 of us have at some point intersected in the NY jazz scene, so that is the short version. And for reasons still unknown we have developed a musical friendship that has now turned into this band…

2) Was it a difficult decision to start yet another band on top of all the bands that each of your members already have going?

No, it is EASY. Starting a new project is the easiest thing in the world… keeping projects going is much more difficult.

3) What other musical projects are you personally involved in, apart from A Tree Grows?

Currently, i am playing in two other bands, both of them are going to come out with some interesting music this year. My friend Kareem Bunton has started a band called “On High”, which also features the amazing vocalist Konstance Patton. We are playing something in between rock and soul. The style has been dubbed “Afro-Funk” and my personal favorite “Doom-Soul”. We just finished our first EP, which is coming out in September.

And then we just revived a project called “Labyrinth Lounge”, which is now operating out of Oakland, CA. The singer Valerie [Troutt] and the MC Ambessa the Articulate live there. We started this band in 1999 in New York, with what was then the rhythm section of the Jazz Singer Abbey Lincoln: Jaz Sawyer on drums and John Ormond on bass. Now we brought the project back on the East Coast and we will drop a short record this summer.

4) I really like your latest video with that little girl walking through New York, very patiently looking for a place for her tree to make home and grow. The parallels with your band name are really cool too. Who is this little girl and who else was involved in creating this inspiring video?

Thank you! This video came out so wonderful, it was an incredible experience. I brought the idea for the video to Hideki Shiota, who is a well-known videographer in New York, and who i’ve worked with before. He took this story and really turned it into a complete work of art. He casted my daughter Kokoro as the actress and Naoko Kitano for the styling. Between the three of them they got very creative with the outfits, locations and they really created a vibe in the video that adds another layer to the song. We then brought our saxophonist Tivon Pennicott in for the final scene, where he plays a street-corner saxophonist who adds the final ingredient to make the plant finally grow!

5) What are your impressions of the music being produced today?

Extremely optimistic! I really love the music that is coming out now, especially this year and 2016… and the incredible accessibility of the music catalog as a whole is really a blessing for everyone – musicians and audience alike.

I am a huge fan of Flying Lotus, Kendrick, Thundercat and the whole scene that has developed in LA. Seeing such deep, political and complex music take up all this room on the charts; and take such a cultural importance – it show you that music is STILL the most important language.

6) You know social networks change a lot the way we share music a lot – how do feel about such modes of communications?

Social Networks are such a fascinating thing and i could talk about it all day… to imagine the future and what it will develop into.

I think it really puts us at the crossroads if we – as humans – want to focus on thought OR experience. We can discover so many interesting stories, opinions, sounds, images… but in order to process these things and turn them into collective thought, we need a community and real personal interaction.

So, as much as the online experience is getting more engaging, i am certain that it will never directly compete with live music or with people meeting and getting together. So in a way the whole internet is just a better and more interesting version of TV, radio and print media.

On the other hand, i feel like the way the internet operates right now is kind of wild west and not really sustainable. It makes no sense that we pay each month for the internet connection, but exactly 0% of that is going to the people who create the content. If this can be fixed, we could as a society move towards a system where you can support the arts simply by enjoying them. It would be elegant.

In many parts of the world there are already very clear rules about compensating the creators of music whenever a CD is printed. There is no way around it, if you want to print a CD you HAVE to pay the composers their licensing fee. This idea is just as valid now, and we can’t just forget about it because CDs are no longer widely used. I could imagine a very simple “metered” system where any digital content is tagged and there is a set minimum rate per minute of content, which could apply to any medium, film, music or the written word. So to answer your question: i feel hopeful about what social media and the internet could bring to us culturally.

7) Which other artists – living or dead – have inspired your own music personally as an artist? And which specifically relate to A Tree Grows?

Oh god… how to pick them now? All of us are consistently engaged in listening, feeling and learning from other music. It is so hard to count who had the biggest influence. For me this year i have been extremely inspired by: Soul Music. I think the fact that i moved to New York, and the reason I am still here is the incredible cultural circumstance of Black America. So i absolutely love the new records by Solange, Georgia Anne Muldrow, Childish Gambino and all the other amazing artists who work in this genre. It has definitely inspired the way we hear music for A Tree Grows. It created a point of reference that we have to consider.

Another thing that is so inspiring to me right now, and this sounds a bit geeky: i love japanese gagaku music, which i discovered last summer. It is so simple, so deep. The intonation is extremely emotional and the rhythms are complex with drums playing out of tempo. I have been reading up on it lately and this music is old and completely from another era. Very inspiring and exotic. Check it out, there are some great examples online and it is great music for many situations.

Third Inspiration Tip: Visual Artists. As a musician it is very productive to look at visual art and you can steal anything! Noone will know! Do you like Picasso’s colors? Steal them! LOL But seriously: trying to translate between different systems of aesthetics is the best way for me to stay productive, that is just how i do it, personally.

Thank you for taking the time to speak with us. GRAZIE Emanuel!!!! 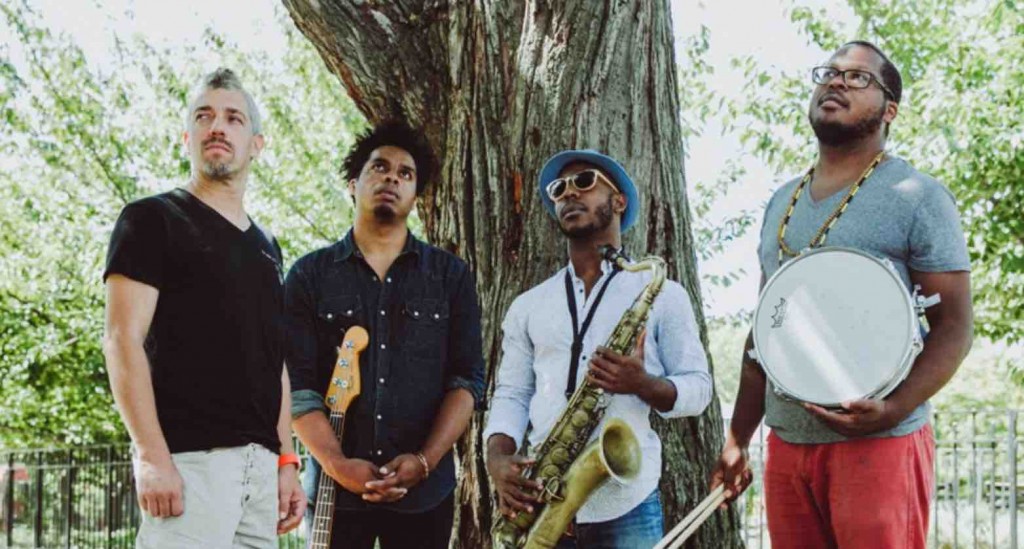